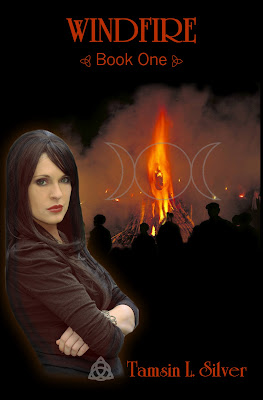 I've been a bit MIA lately, but that's because a lot has been going on. For example, my Living Dead Girl Series is no more. To those who bought and read it...thank you. I heard from many who loved the story. Sadly though, it was not selling well enough to warrant leaving it around "as is." So, I spent a few months revamping it (Ha! Punny.) into something new and different. It's still the same story. That has not changed. But...it is now officially a YA series and the books are shorter.

"The Betrayal" was cut into two seperate stories; Book One is now called Windfire and Book Two is called Living Dead Girl. They will be self published with hopes of finding a YA Publisher for them and will come out in September via Amazon and Smashwords (for starters). I'd planned on October but as rights returned to me as of September 1st, I'll be able to release these new versions earlier. However...October will see some release action! That's right! Books Three and Four will hit Amazon in October! Book Three is called Metamorphosis while Book Four is called Cydonia.

This reinvention has been a very stressful and daunting task. To re-edit a book...to redesign its cover...to rename something you've been tied to for 15 years...to come up with an entire new way to market...it's been a journey. Many thanks to both John Hartness who started this ball rolling, to Chris Borhani who took me under her wing and not only edited, but helped me find the new title and angle for its audience. Lastly, thank you to the ladies of my focus group. They were so supportive of this decision to pull away from my publisher and repub on my own. I honestly don't think I could've jumped into the lava pit of reinvention without their support...so ladies...I love you.

That said, let me say how excited I am to bring this new version to the world. I think the story is better. I think it has a more solid direction and I am sure it will now see a wider audience.

Without further ado, I give you the new "back of book blurb" for WINDFIRE...

Adopted at an early age, Atlanta Hart remembers very little about her birth mother who died in a car accident when she was only two. Raised by her father’s family, she has little need to hunt for information on a woman she never knew. That is, until she turns thirteen and begins to have powers she can’t explain. However, once she begins to dig, Atlanta can find nothing on her mother. As if the woman were a ghost.

With the trail cold, Atlanta gives up hope of ever knowing the maternal side of her family or finding an explanation for her unique gifts. That is until she meets Roman, a man with similar powers to her own. After informing her that she’s a lost witch from a unique bloodline, his connections in the Clandestine World help Atlanta hunt for her mother’s family again. This time she finds a lead and travels from Boston to South Carolina to learn all she can about the Setti family and the curse that surrounds them.

Not all legacies should be dug up.

The Setti family has spilled blood in the past.

Atlanta or her friends could be next.

You will be able to snag this book in E-format on Amazon VERY soon so...stay tuned here for the release announcement. 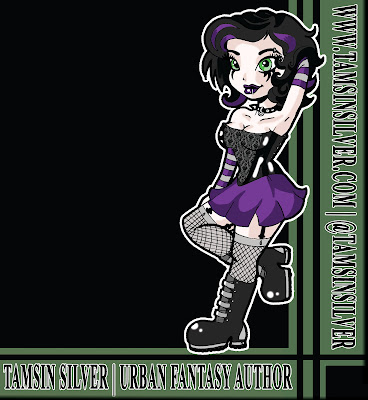 Wanted to have a logo with a different primary shape (square vs round) and this is our second Tamsin L. Silver logo! What do you think? You'll note, its the same girl as my usual logo, just in a different pose.

Much love to Anastasia Catris, the artist, for doing this for me! I may even make a shirt or two with it on there...just need to find a place that will print with more than one color. If you know of one...let me know!

Tamsin :)
Posted by Tamsin Silver at 1:01 PM No comments: