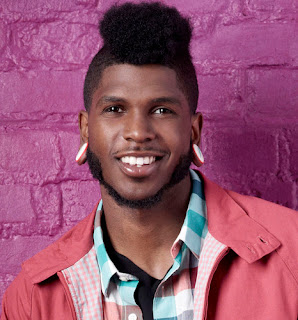 Okay, I have to blog. I know I should be editing (I've got deadlines, people!) but I have to talk about Cyrus Spencer from "So You Think You Can Dance" (aka SYTYCD).

From the day of his audition I thought he was one of the nicest people I'd seen in reality/competition TV. He is an Animation, Popping, and Robotics dancer. But he's like nothing you've ever seen before. It's a whole new level of muscle control that in all my years in performance I've never seen...and I've done everything from ballet to jazz to modern and broadway style dance. And let me tell you, its hard. I'm not naturally gifted, but I wanted to do theater so I HAD to learn to dance and let me tell you, it is work. So, when I see a young man who has NO dance training doing it this well...I take notice.

If you don't watch (and why aren't you?!) you probably have NO idea who the heck I'm talking about...so let me give you the rundown. Cyrus and two of the guys he lives with at Dragon House (that's what they named it) came in to audition in Atlanta, GA, for SYTYCD. All three of them then blew us away with the type of dancing they do. Such control and innovation. All three made it to Vegas for the next round of auditions. 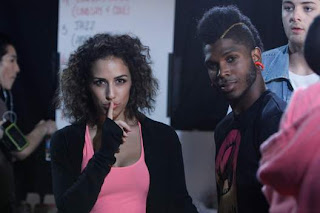 (Eliana and Cyrus backstage. They are an amazing team and I hope they both win this thing!!!)

Now, as a former dancer (yes, I performed in large shows for hundred of people on stages both small and large from the age of 11 until I was in my early 30's) and theatre performer I've taken all types of dance (I suck at hip hop, btw...just gonna toss that out there...lol) and I knew to get through Vegas, these guys were going to need to get through choreography and dance styles that were nothing like what they did. And I feared none of them would get past Vegas. But one did. Cyrus. This young man (he's 22) worked so damn hard...he wanted it so bad...he just had to do it. Had. To. And by God, he did! He made it into the top 20. I was so happy for this kid...thinking, well, he'll probably not get to the top ten. HA! He proved me wrong! In fact, he keeps proving everyone wrong!

Now, its been mentioned on the show that they took 20 instead of the usual 18 at the top of the show this year because they wanted to include dancers who had a different style this year...like him (and I'm guessing also like Cole...who also is doing amazing in the competition, might I mention...) and I don't think they are regretting that decision. In fact, if you watched last night, did you notice they saved him for last? I don't think I'm the only one watching primarily to see how HE does, do you? I think the network understands EXACTLY who to put at the end to keep everyone tuned in for the two-hour show. 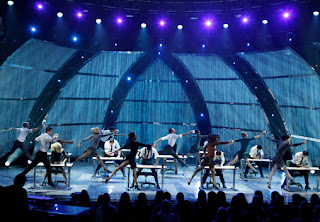 Anyhoo...let's back up and talk about the first ever episode...and group number (pictured above).

The show starts and I'm dying of curiosity of how this kid will do. I notice they have put him front and center (as a once paid choreographer, I understand that is where you put your best so...I'm very interested now in what is going on) I watch and he is spot on with his choreography. And you think...ok...ok...well, how will his first duet be? Everyone is paired up with someone and his partner was a ballerina named Eliana. I thought...oh man, a hip hop guy and a ballerina? Tons of training vs. none? This won't work. AGain, I was wrong. They perform their first duet...and he's dancing Broadway style...and he's....AMAZING! And you think..."WTF?" Maybe it's just cause it was good choreography and fun...but you have this sneaking suspicion that its more than that.

Week two arrives and he kicks ass again...week three? Same thing. And so on and so forth we go. EACH WEEK his performance is astounding. And not necessarily because his toes are pointed perfect or because he can do twenty fouette turns in a row. But because damn it, he is sensational to watch. His energy and charisma are something you cannot look away from. And don't get me talking about his lifts!!!! I will reference something Mary Murphy (one of the judges) said last week after his jaw dropping, emotional, and gripping performance of a contemporary routine (choreographed by Travis Wall) about the two last survivors on Earth (pictured  below). She said that she knows dancers that take weeks to learn lifts. And he is learning multiple (and difficult) lifts in one week...with NO FORMAL DANCE TRAINING...EVER...and doing them one to the next seamlessly. 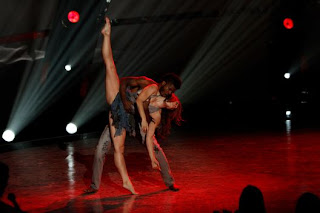 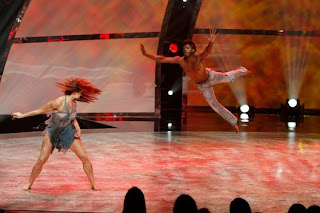 Last night was no exception. He was paired with the winner from last year (Melanie Moore) for a jazz number with a good ol' touch of Fosse in there. I was nervous. I fast forwarded it through the whole thing to the end to see the judges reaction first. But first I saw everyone cheering their asses off. Then the judges were extremely thrilled with the performance. So I go back to watch it...and I too am cheering. Jazz is a bitch. It's got a specific style that unless you can really let go and enjoy its exactness, you will fail at it. And you know what? I've not seen him have that much fun on stage before. He was animated facially, playing the audience, nailing moves and lifts, and he held his own with Season 8's winner. That right there should tell you something. Yes?

Then...as if the night wasn't amazing enough...he wasn't in the bottom two...AGAIN. That boy has NEVER been in the bottom two or three. Nigel said that America must love him...and I think that's true. I've never seen a more humble, gracious, person in my life. If I was 22, THIS would be the kind of young man I'd want to bring home to my mom. Talented, polite, driven, emotional, loving (watch how he rushes to hug whoever gets cut at the end of each show...and that hug has so much heart it hurts to watch) and a positive energy that is not only infectious...but something I think this world needs right now. 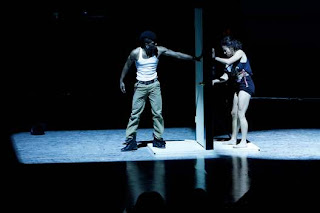 We are all spending so much time on slander with the elections coming up...that watching this show, and people like Cyrus, lifts your spirits...even if that performance moves you to tears. I want him to win this thing. I do. I want to be able to say..."See! THIS is what can happen if you want something bad enough!" I used to teach theater at a high school down south. I would tell my class that all I asked was for them to try. They didn't have to be the best actor...they had to be a great person. They had to shove the chance of embarrassment aside and give it everything they had. Go big or go home! And every week...that's what we watch. We watch Cyrus go big and he has yet to go home.

So...the guy with no formal training has made the top SIX!!!  (pictured below) Tune in on Wednesday nights on FOX from 8-10pm and then vote your buns off for this kid! He deserves it. And maybe, just maybe...if he makes it to the finale...we might get to see him do a routine with Twitch. Wouldn't that be f'n awesome? 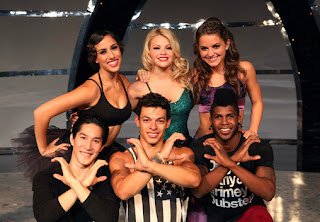 So Cyrus, if by chance you see this post...know that your energy, enthusiasm, hard work, drive, positive attitude, and talent are more than just a title on a show. They are a statement to every kid out there that they can do what they put their mind to. You are an inspiration and I cannot wait to see what you do next...or where your career in dance will take you. This show will open big doors for you, sir. Walk through them proudly...cause you've earned it. 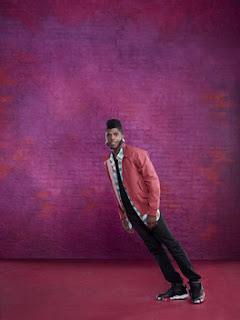 P.S.  You can see more pics of Cyrus from the show...HERE! And...you can follow him on Twitter where his info says, "Animator(season 9) Love dubstep. Watching movies. opening every door for women (they shouldn't have to touch them). Determined to progress!!" and he tweets heartfelt things like, "Hey everyone thanks so much for the support im tearing up just thinking about how far I've made thanks to you all :) I love you #teamcyrus." His handle on Twitter is @Dance9Cyrus.